In early 2010, the Victorian Government awarded a tender for the construction of a major desalination treatment plant to supply water to the South East part of Melbourne, as well as a transfer pipeline, as Victoria was suffering from the extreme effects of many years of drought.

Drinking water was fast running out and, as part of a number of measures to save water, the Government decided to invest in making “desalinated water” to minimise climatic rainfall variability.

The successful consortium had to be able to pump water from the treatment plant, located at Wonthaggi in Gippsland, via a pipeline into the Melbourne Water reticulation network.

As the pumping stations were up to 80km away, and deliver high volumes of water at extremely high heads, Melbourne Water had stringent requirements about stable pressure supply regardless of the huge flow ranges that had to be supplied.

Tenders were called for suitable organisations to design and control the water pressure to Melbourne Water using pressure regulating valves.

The requirements of the Pressure Regulating Valve (PRV) Station were considerable. It would have to:

The PRV Station would also have to be constructed from materials that would offer long-term viability with the very pure desalinated water.

The requirements were the most severe we had encountered in over 20 years, but this was a challenge we were up for. After hundreds of hours of work, planning and risk analysis, we were thrilled to be awarded the contract – under a very tight delivery schedule as Melbourne Water dam levels continued to drop to dangerous low levels.

The key to our success was in the detail. The valves we designed for the project all had the following features:

We supplied three valves in total: two DN600 and a single DN450 valve. Testing was carried out from a single 3” hydrant flow all the way to 3800 L/s with great success.

Thanks to the successful implementation of the PRV Station, we were also awarded further contracts for valves at the surge tanks, one-way tanks and a 120 units of 150mm diameter main line CSA air release valves for the pipeline. 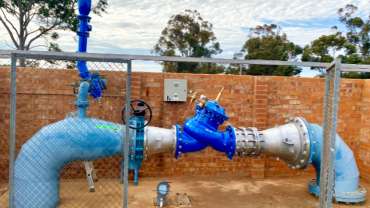 We partnered with Griffith City council to successfully supply, deliver, and consult on our range of 700 series to help replace the existing pipeline network. 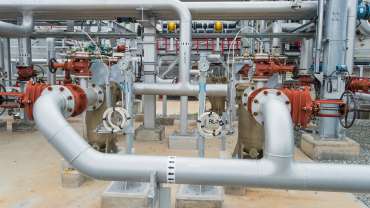 A world-first hydrogen facility: from Hastings to Japan

In a pilot phase project estimated to make Victoria a world-leader in the hydrogen industry, our team have supplied the Hasting’s based Hydrogen Energy Supply Chain—estimated to be worth... 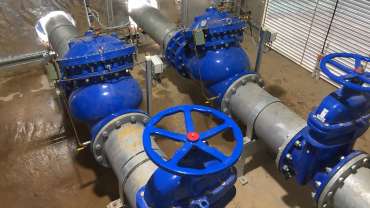 Tasmanian Irrigation Pty Ltd (TI) was established on 1 July 2011 as a single, state-owned company responsible for the development and operation of publicly subsidised irrigation schemes....